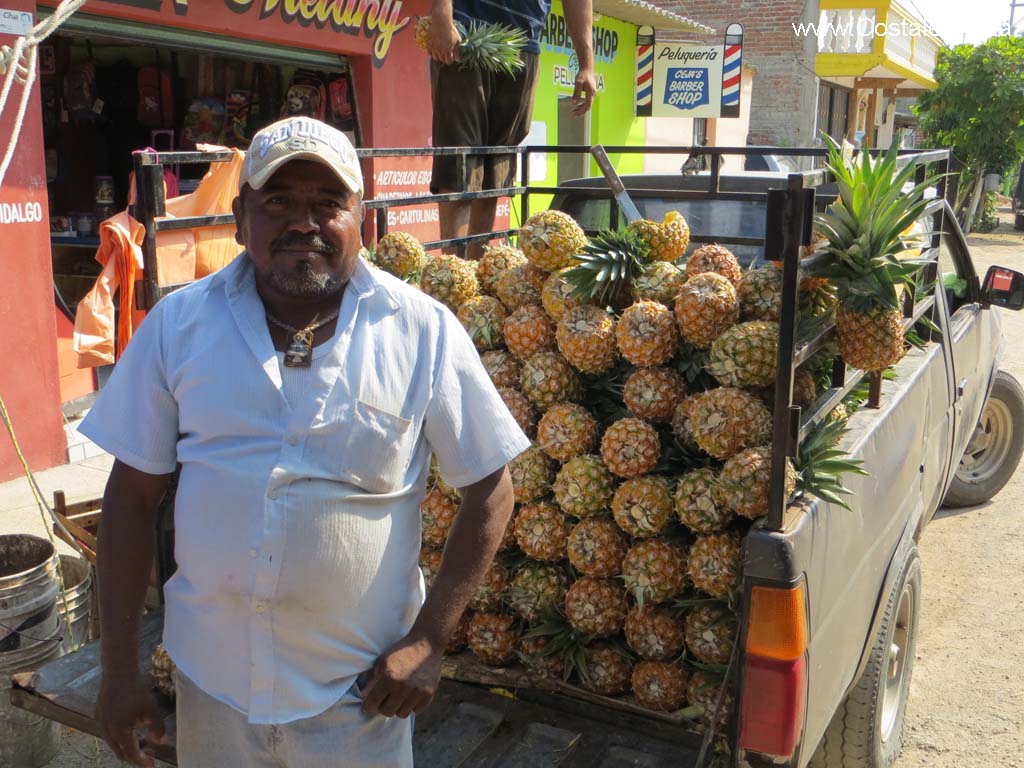 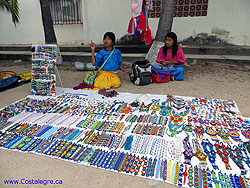 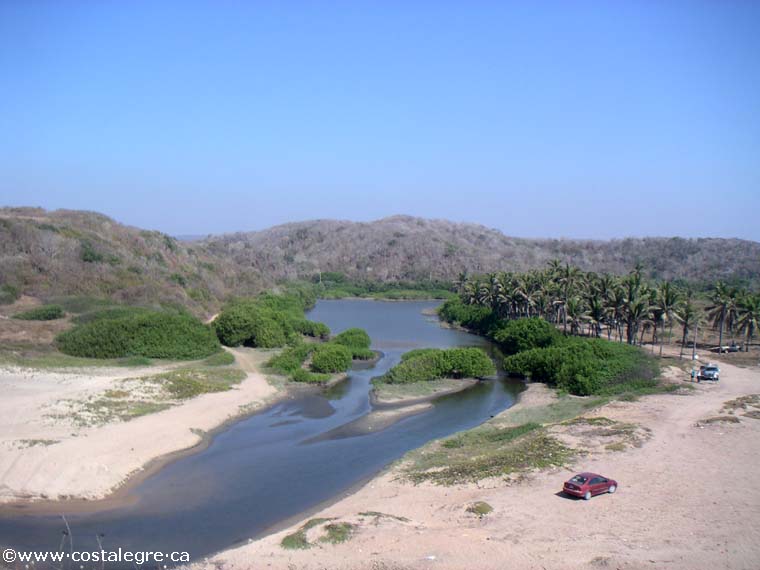 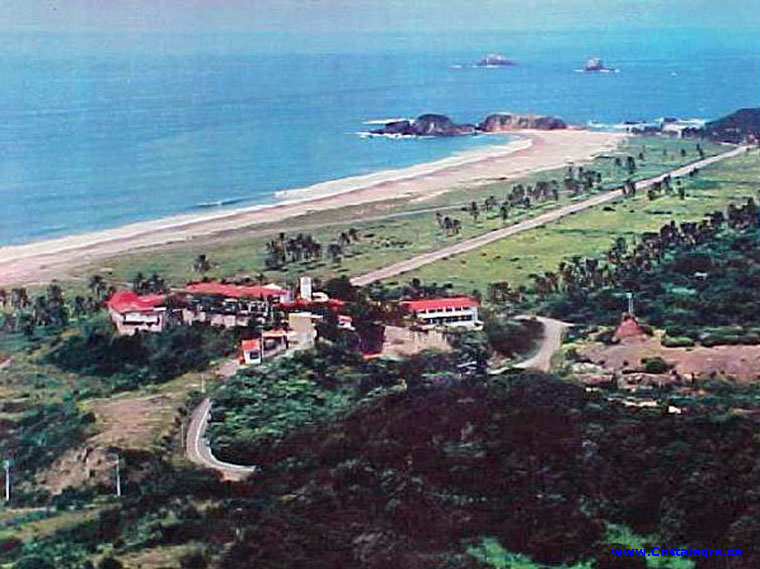 El Tecuán is an abandoned hotel 9.6 km off the highway at mile marker 33, just 5.5 km north of the junction for playa Tenacatita. Look for the old Lighthouse sign at the road entrance. Although officially closed with posted signs, there is vehicle access to this pristine beach area via a paved road. The property of El Tecuán was given by a former Mexican president to General Marcelino Garcia Barragan, Mexico's Secretary of Defense in the 50's, for services to his country. The general completed the hotel, swimming pool, tennis court and airplane landing strip, but he died in 1979 before he could finish his "El Tecuán Marina Resort". The town of Cuautitlán is named in his honor, with a statue in the plaza. The hotel was leased out by his son for a few years, but he had no interest to complete the project, so he closed it down completely. The thirty-eight room hotel has be vandalized and stripped of anything valuable, but some of it's former glory still shines through. El Tecuán was the setting for most of the action in the Film "I Still Know What You Did Last Summer", filmed recently. They named the hotel Tower Bay in the movie. This presidential deeded property is (900+ hectors) in size.  GPS N19º21´56" W104º54´37"

The beaches at El Tecuán are some of the roughest in the Costalegre due to the exposed shoreline and westerly winds. Swimming is not recommended when the surf is up as breaking waves and undertows here are dangerous. The playas however, are a perfect place for experienced surfers.